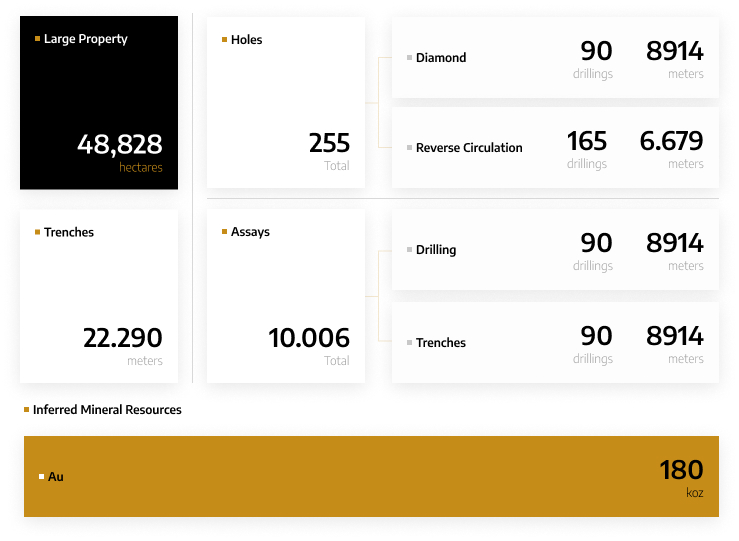 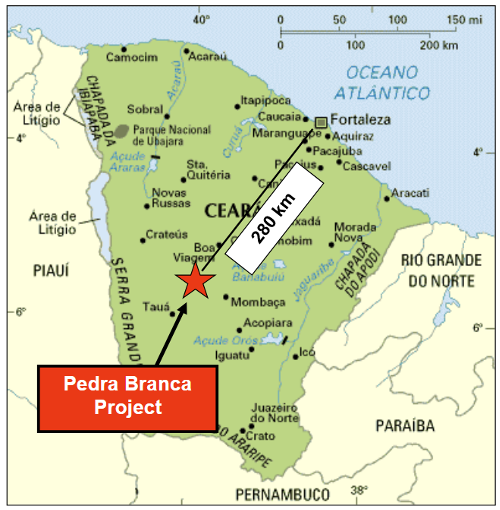 Tenement Map is below. Please click to enlarge image. 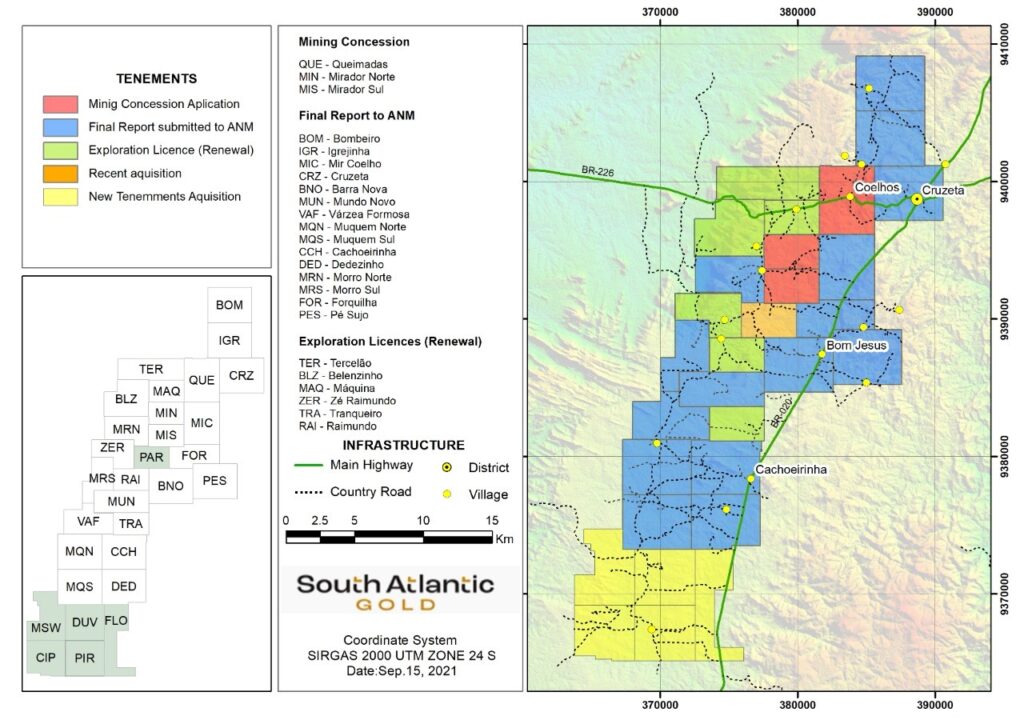 Exploration Results for Phase I and II Combined

Marcelo Antonio Batelochi (P.Geo.), MAUSIMM (CP), the Company’s Sr Exploration Manager is the Qualified Person as defined by National Instrument 43-101 who supervised the work program and preparation of the technical data on this webpage.

The high resolution drone survey was successful in the identification of magnetic signatures that enable the geological team to locate areas of interest for future exploration. 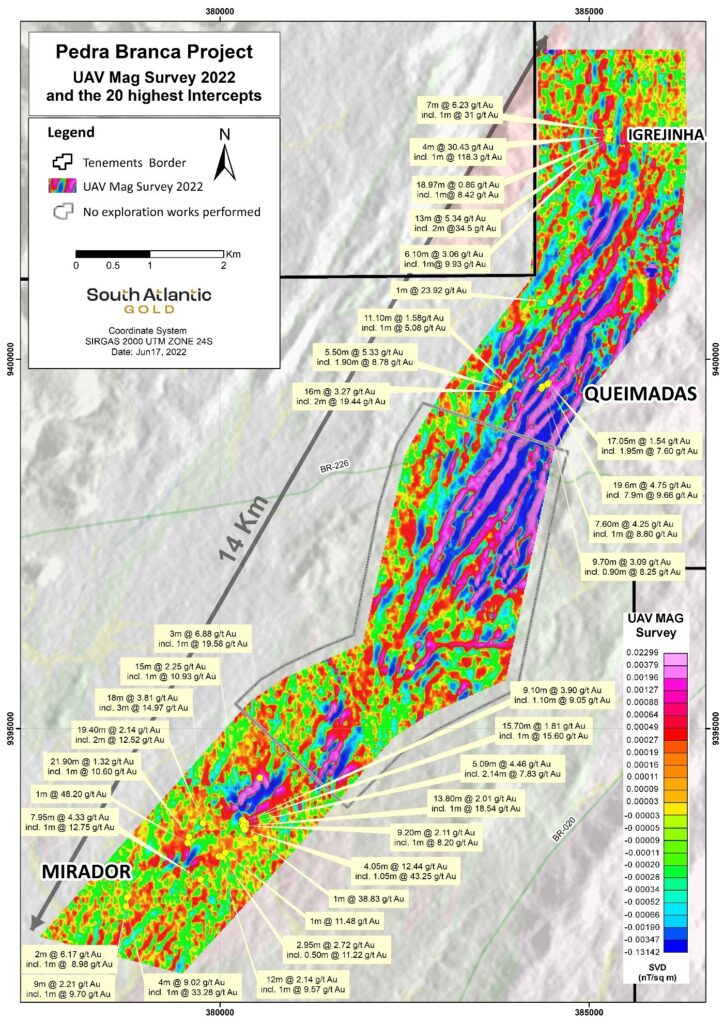 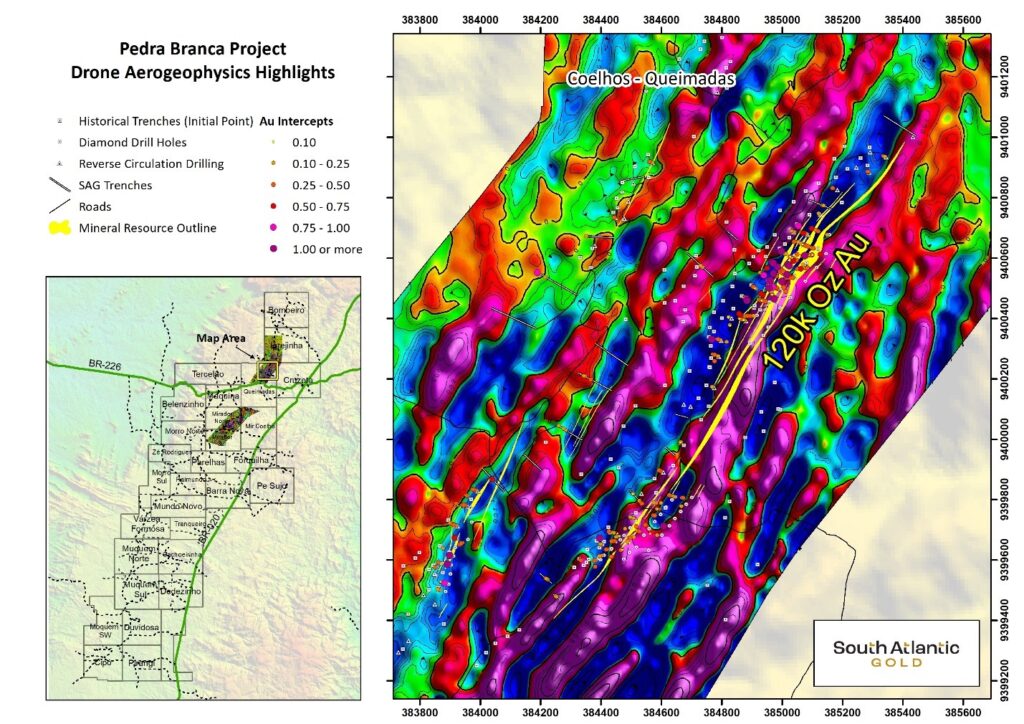 The Borborema Province has been described by several authors as having high metamorphic grade and high complex structural development, with the supracrustal sequences metamorphosed to gneiss and migmatites or in high temperature schists associating the paragenesis of garnet, kyanite and sillimanite. 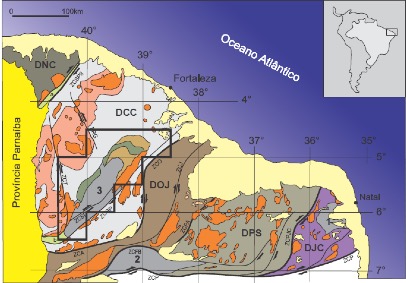 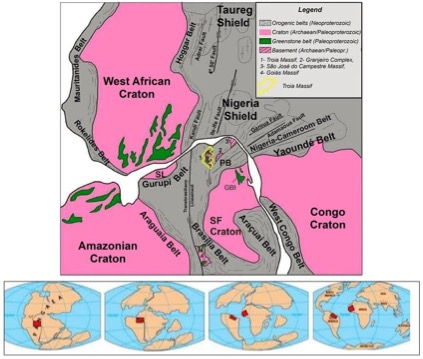 Identified gold mineralization at the Pedra Branca Property is recognized by most of the geological community as mesothermal shear zone hosted gold deposit, associated to the Senador‐Pompeu shear zone. Mineralization generally occurs associated with quartz veinlets parallel to the foliation (Coelho and Queimadas targets) and sub‐metric to meter milky quartz veins at the Mirador and Igrejinha targets. Mineralization is often continuous to considerable depths in these systems.

Igrejinha is one of our main targets alongside Coelhos and Queimadas. The RC drilling at Igrejinha was designed to better understand the geology, structure and controls on the known mineralized zones and their extension along the trend zones in order to support further exploration programs, following the Orogenic Gold Mineralization Model that is often continuous in significant depths in these systems.

The gold mineralization at Igrejinha is  characterized by  subparallel intra-foliated millimetric/centimetric strings of sulfides in amphibolite shale with magnetite and fine quartz-feldspar rock, subordinately by hydrothermal silicification zones and pyrite >> pyrrhotite sulphides. 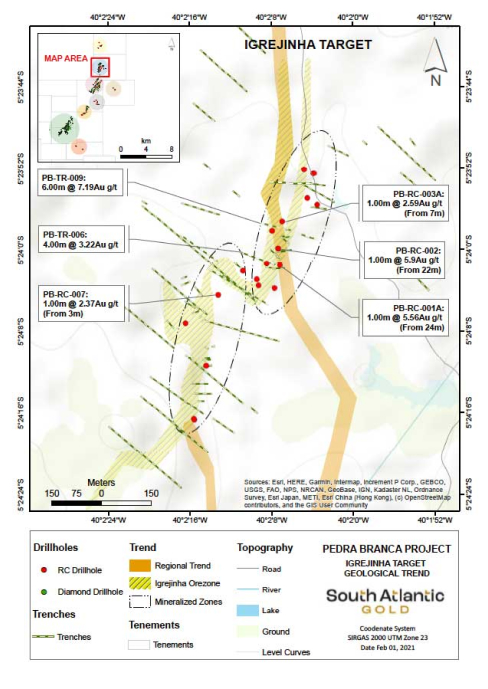 Gold mineralization is Identified as mesothermal shear zone hosted gold deposit, associated to the Senador‐Pompeu shear zone. Mineralization generally occurs associated with quartz veinlets parallel to the foliation at the Coelho- Queimadas Target. Typical shear zone structural elements are not evident in the field and hydrothermal alteration occurs locally and in a few meters halo in the tremolite‐actinolite schists, chlorite schists and biotite‐gneiss that constitute the wall rocks. Strong silicification is present in all targets while eventual biotite, epidote, diopside and carbonate alteration occurs at the Coelho‐Queimadas targets.

The gold mineralization at the Coelhos-Queimadas Project is characterized by the subparallel intra-foliated millimetric/centimetric strings of sulfides in amphibole shale with magnetite and fine quartz-feldspar rock, subordinately by hydrothermal silicification zones and pyrite >> pyrrhotite sulphides. 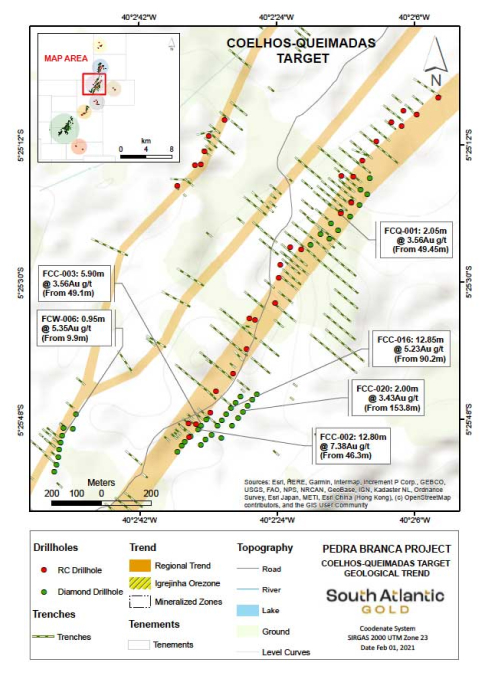 send us a message